America Online is a great place to be entertained. If you want to chat or mingle with other people, this is the place to be. Nothing else is even close.

This ISP grew way too fast and had lots of problems as a result. Their dialup server, quite frankly, sucked. Busy signals, disconnects and performance issues plagued the server for years. 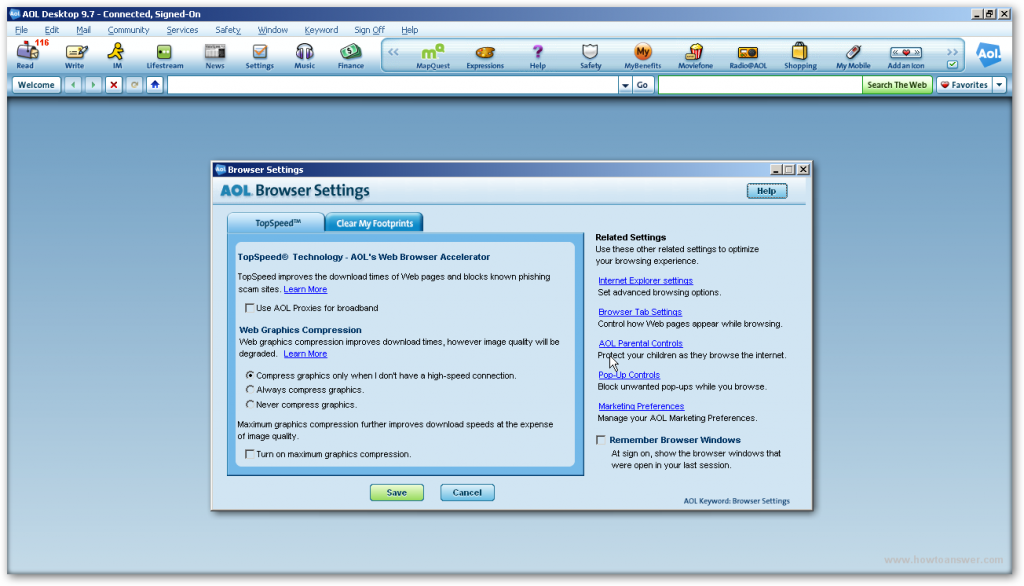 Personally, I tried to cancel my AOL service twice due to these issues. On both occasions my teenager screamed so loud that he was loosing his friends that I recommended the service. The second time I got smart and signed up with the “bring your own access” service, which essentially allows me to access AOL across the internet instead of across a dialup.

All of the issues with reliability went away after that, and my teenager was happy. The newer interface is slick and quick, and the feeling of belonging to a community is very high, and, I must admit, very satisfying.

There are some issues with AOL that you must be aware of at all times.

Our purpose in creating and maintaining this web site is to give people information about the internet which allows them to more fully enjoy and profit from their experiences.

Sometimes people seem to make a choice between making their site pretty for search engines or making it useful for people. I am always fascinated when I hear this discussion. In fact, it is interesting to hear someone say "I'm removing my Webring because Google will get annoyed" or "I'm deleting my links page because god, uh, Google, won't like it", or "search engines don't use meta tags, so I took them all out". These comments all ignore the basic datum about the internet. It's about PEOPLE! The internet is not about some silly, stupid little robots, or some faceless idiotic rules enforced by their creators. The internet is about communication.

Yes, search engines are a part of that communication, as it is one (and only ONE) want of getting people to your site. But there are an infinite number of other ways to get people to your site, from viral marketing to Webrings to link exchanges to contests to newsgroups to whatever else you can think of.

But if your site does not cater to PEOPLE, it will fail. Period.